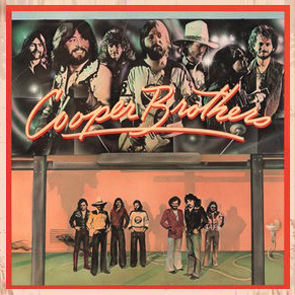 The COOPER BROTHERS were an underrated band from the late 70’s. They mixed their country-rock influences with some jazz beats and a bit of the blues. But, what really drove their over-all sound was the beautiful and full harmonies. Songs like “SHOW SOME EMOTION” display BEACH BOY level blends mixed with a rock ballad beat. “Know When I See Her” was a small hit in 1979 here in the U.S. which also shows-off nice vocals with a solid “horn line” backed through-out the song. Being a Canadian band, I’m positive that their popularity was far greater in the homeland than here in the U.S. If you like groups like the MARSHALL TUCKER BAND, the ATLANTA RHYTHM SECTION, or the OUTLAWS, you will most likely enjoy the COOPER BROTHERS. They demonstated great musicianship and versatile songs. But, once again, the harmonies set them apart from the previously mentioned bands.
– By D. R. Saxton “Dartanyon” (Bemus Pt. N.Y. USA) – (Amazon Customer Review)