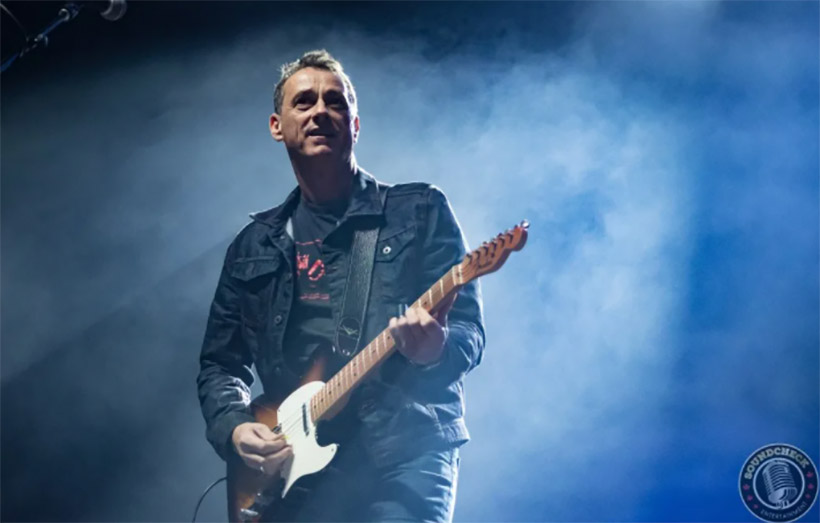 The Rock for Public Service had it’s Tenth Anniversary show last night filling the arena at TD Place raising money for CUPE 503. The free public show has in it’s 10 years showcased Canadian talent like Jim Cuddy and Randy Bachman. This year the shows audience got performances from Colin James, Kathleen Edwards and the Cooper Brothers. All donations from this show went to support the Ottawa Humane Society, which also happened to be the first recipient of the CUPE 503 showcase ten years ago.

The Cooper Brothers kicked off the evening with a full stage. I’m talking 13 microphones full. The band was made up of a couple of keys, back-up singers and a full horn section. Introduced by CHEZ-FM as the ‘best band ever’, they didn’t disappoint as they kicked off.

Kathleen Edwards is a hometown gem. Telling stage banter stories of growing up in Stitsville, she dove into her time living in Centretown (which happens to be just blocks from where I currently live!) Her stage presence is fun, hilarious and relatable, which makes for a great interactive set. Not to mention she’s able to rock a hat AND rock hair flips in the same set! Kathleen is known for her raw talent, and for her iconic “coffee break” from the music industry as she’s been pursuing a successful venture into her Stitsville coffee shop Quitters. Seeing Kathleen live is somewhat of a rare treat and you would be a fool not to see her if the opportunity arises.

Colin James closed out the night with an energetic set. Bringing the seated crowd to their feet, the audience was free to move and dance as he jumped from the stage to the monitors in front. The now full arena had anticipated the Juno Award winning headliner all evening and kept the excitement throughout the set. Joining him in the set, Kathleen Edwards helped bring the show home.

All donations from Saturday Night’s show went to support the Ottawa Humane Society which has been active in Ottawa for 16 years. For more information visit www.tdplace.ca