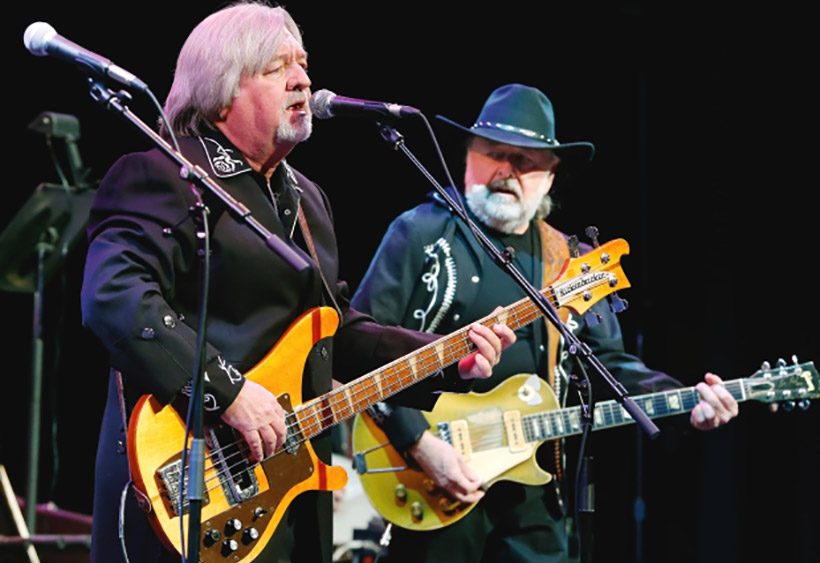 The Cooper Brothers must have been wondering why they ever broke up.

The Ottawa-based country rockers, whose life as a band lasted less than a decade from the mid-1970s to the early ‘80s but included North American tours with the likes of the Doobie Brothers and Joe Cocker, were at Centrepointe Friday night for a 40th-anniversary concert.

The love flowing from the capacity crowd — fans included the brothers’ mother who arrived with a walker to sit in front of me and nod approvingly through her boys’ show — could practically have transported Brian and Dick Cooper, their sharp five-piece band, and a cavalcade of guest artists into the ether.

The Cooper Brothers, who reunited in 2006 and have since released a couple of new albums, were polished as they worked through tunes and trademark harmonies both new and old.

From their latest album Southland came the soaring This is the Night. The old days contributed Finally (With You), their first single. Also on tap: everything from the golden oldie Rock & Roll Cowboys to the new and funky Jukebox and a blistering You Live Just a Little, with Maple Blues Award winners Monkeyjunk joining them on the latter two numbers.

Preparing to launch into Little Blue Church on which they were joined by guest guitarist Steve Piticco and fiddler Bobby Lalonde, first one brother and then the other mixed up the name of the song they were about to play. “That’s what happens when you hit 60,” said Brian with a laugh, “you make mistakes. And you don’t care — so, I made a mistake, what are they going to do to me?”

While all this was going on, audience members — most of us boomers — drifted casually out of the theatre, soon returning with a fresh beer in hand. Together with the musicians’ good-humoured stage presence, it sometimes felt like an oversized kitchen party.

The first half of the show concluded with the That’s What Makes Us Great, a patriotic but not jingoistic tune (“We got universal health care so we don’t have to stay in shape”), as a video of canoeists played at the rear of the stage.

Post-intermission, a female trio of backup singers joined the all-male band, occasionally drifting off key but still nicely tempering the testosterone on tunes like Miss Lonely Heart and The Last Time I Saw Georgia.

And by the time the evening wrapped up, all the guest artists, including guitar guru Colin Cripps, had joined the band for a huge singalong on The Dream Never Dies.